Social media is great for content distribution, but sometimes those tweets and updates can undermine or misrepresent the article behind that link.

In 2015, Australia’s then-treasurer and now-ambassador to the United States Joe Hockey successfully sued Fairfax newspapers. At issue were tweets (and the headline posters outside newsagents) promoting an article titled Treasurer for Sale.

What makes this case interesting is that the article wasn’t considered defamatory, even though it carried the same headline. According to the judge, the article — which explored the tangled web of political donations — concluded that “Mr. Hockey was not for sale at all.”

However, the crux of the case revolved on how the vast majority of people exposed to the headline in social media would not read the article behind the accompanying link. Therefore, the content of the tweet promoting the article had to be considered a separate publication under Australian law (other jurisdictions are available). This allowed the tweet to be found defamatory, even though the content it promoted and linked to was not.

This may seem farcical on one level — and some legal commentators at the time saw this as more evidence that Australian law was out of step with social media. But for once I think that actually isn’t the case.

Arguing that the content and the accompanying social media posts should be taken together overlooks the uncomfortable truth that only a small percentage of those who see, or even share, a social media post will click on the link contained within it. This is also why social networks and regulators are cracking down on influencers who don’t clearly include sponsorship disclaimers in their posts.

Of course, the issue wouldn’t exist if everyone who saw the social media post clicked through to read the article. If only people behaved in such a rational, predictable way, right?

The Best of CCO

If consumers are skeptical toward brands in social media, why not work with trusted influencers to recommend your products to their large audiences? But wait, what about those transparency and disclosure rules?

Read more about how platforms and regulators are cracking down on influencer marketing.

Be honest. Have you ever shared or reshared a social media post based solely on the headline or short description of what it links to without reading the article first? I know I have. In doing so, I’m operating under the twin assumptions that a) I’ve interpreted the post’s sentiment and meaning correctly, and b) the article and the post are consistent with each other.

Yes, I wish I had time to read every interesting link that crosses my feed. And yes, this sharing-without-clicking behavior is scarily common and ingrained.

In 2016, a study by computer scientists at Columbia University and the French National Institute found that six out of 10 articles (59%) shared to Twitter are never clicked: what the study termed as “silent” URLs. As some articles are shared and reshared multiple times, that meant 15% of all shares collected by the study were of silent URLs.

“People are more willing to share an article than read it,” Arnauld Legout, one of the co-authors of the study, said to The Washington Post. “This is typical of modern information consumption. People form an opinion based on a summary or a summary of summaries without making the effort to go deeper.”

If social media has shown us anything over the last decade or more, it’s that different people can form very different opinions from the same 140/280 characters. And if a correct reading depends on the context, clarification, or disclaimer provided by the article behind the link, the risk of misunderstanding increases further.

How a person interprets the validity, context, and meaning of a tweet or post will depend on their personal preferences, values, beliefs, misbeliefs, and so on. So, while you might think the meaning is clear — obvious even — how someone else reads your words could surprise you.

When is a joke not a joke?

Satire is just one form of content that can cause a great deal of confusion in social media. I can’t be alone in having seen people reshare articles from The Onion in complete seriousness.

The line between satire and fake news may be a very fine one indeed depending on who does the sharing. And that means defenses of “it’s obviously fake” just won’t cut it anymore; and neither will branding those who miss the joke as stupid or gullible.

After all, truth is so often stranger than fiction that sometimes I’m convinced a post or image must be fake only to discover it’s real.

Satire may not be common in content marketing, but humor or written expression of all kinds can still be misinterpreted.

One common way this can happen is when the joke relies on some previous knowledge — such as a running gag or in-joke that regular followers may spot while others might read it differently.

Another is when words or phrases have an unintended second meaning. There is a famous, possibly apocryphal but illustrative story of the Churchdown Parish Magazine publishing a notice that said, “Would the congregation please note that the bowl at the back of the church labelled ‘For the sick’ is for monetary donations only.” In a headline or tweet, such an unintended second meaning could lead to confusion or ridicule.

Meaning is always in the mind of the beholder, and the English language is such that multiple meanings are rife and often unintended. When you write a tweet or post, you know what you mean by those few words. You may even find it incredibly hard to see how those words could be taken differently — like one of those optical illusions where once you see the old woman or the vase, it can take a lot of effort to see the young girl or the two faces in profile that the person next to you sees.

This is why it’s good to have someone else unfamiliar with your content or related social media posts sanity-check them before they are published. Can they spot the hidden meaning or double entendre you might have missed?

I hoped most social media users and marketers would have learned this one by now, but some examples still cross my streams every now and then: Don’t automatically cross-post between social networks.

Sure, it might seem efficient to connect your various social media accounts so that, say, sharing an image to Instagram also tweets the link and related text to Twitter. However, there are a number of potential downsides.

First, there are different character counts in play, which can mean that what might look like a carefully crafted post on Facebook can read very differently on Twitter when the final characters or words are chopped off. This can end up looking nonsensical or even risk changing the meaning if those last words were crucial to the sentence. 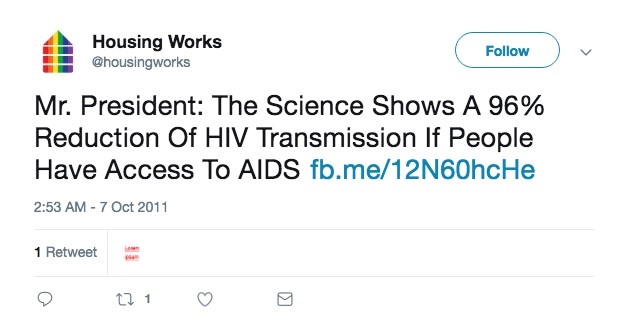 Second, cross-posting assumes someone will happily click from one network to another to read the full Facebook post or see that Instagram image to make sense of the vague message — without which it may be indecipherable. (The latter really annoys me. It’s not as if Twitter hasn’t had image sharing capabilities for years.) This practice expects the reader to expend more effort to see and understand the content because the poster wanted to save effort by only posting once. It’s a bit cheeky, isn’t it?

And third, people will use or interact with each platform in different ways. On LinkedIn, I’m more likely to be looking for content related to my work and will view each post with that mindset. However, on Facebook I’m more open to a bit of fun with family and friends. These differing mindsets can color how I view each item in my feed. Is the copy crafted to appeal to the way I am thinking right then? Meanwhile, hashtags and disclaimers can function differently in each space, which might create confusion or even lead to compliance issues.

Of course, even if your social media team carefully crafts each of the brand’s social media updates to avoid these pitfalls, anyone else can still share the link as well. So, it’s important to consider how each network will pull and display information from the page, whether the user clicks on a handy share button or manually pastes the URL into an update.

Many a time I’ve had to point out to the developers of a website I’m involved in that, while the content may look great on the page, when shared to social it looks broken or incorrect. And because the web team weren’t responsible for the social media strategy, it never saw how broken and mismatched the content appeared when shared. It just wasn’t on their radar.

So, before signing off on that website or freshly published content, always test how it will look when shared to each network. Is it pulling the right image? Is the description correct and just the right length to display in each location without truncating inappropriately? Are any relevant social media handles, hashtags, and disclaimers included?

It wasn’t always possible to set different metadata for different platforms; one set for search, another for social. However, these days it can be so simple there’s almost no excuse not to. For example, plugins available for WordPress, and presumably other CMSs as well, make it easy to specify the title, image, and description to be used when the URL is shared to Facebook or Twitter. This way, you can ensure the image is optimized for each platform’s ideal specifications or adjust the copy (including hashtags) to suit each audience.

Of course, one other way to specify how people tweet your content is to include click-to-tweet options at relevant points — selected quotes, facts, or snippets that provide a different introduction or sharable hook into the content than the usual headline and excerpt.

Do you know what I mean?

Assume most people who read the social media update won’t click on the link. That’s not a comment on the quality of your content — it’s just a fact.

The answer isn’t to get more clickbaity with your social media so that more people click to get the full story. Far from it. Your social media updates need to function separately from your content without the risk of misinterpretation. Curiosity good; confusion bad.

Hopefully, most of the people who clicked through from social media to read this article have made it this far. If that includes you; fantastic! Share away, my friends. And if you didn’t … what does it matter? According to the research, you may well have shared it anyway.