A month is a long time in marketing, never mind a decade. But that’s not stopped AIHA’s Ben Rome from publishing content to educate and nurture the next generation of members before they start their careers.

Even so, many marketers might balk at implementing a strategy designed to produce results more than a decade later — long after the current team, even the current leadership, have moved on.

Not so Ben Rome, marketing manager at the American Industrial Hygiene Association (AIHA), a nonprofit organization. “Our membership is facing a retirement cliff,” he explains. “We are going to lose a quarter or more of our members within the next few years to retirement, and student memberships are starting to fall.”

With fewer people coming into the workforce to replace those entering retirement, it became obvious that the AIHA needed to nurture and inspire the next generation of industrial hygiene workers. “There are people who don’t know what industrial hygiene is, even though they may be doing industrial hygiene. They’re calling themselves something else; they’re self-identifying in a different way,” he says.

Rome is the creative force behind the multi-award winning #IHHeroes campaign, a series of animations, comics, and related content designed to spread awareness of what industrial hygiene is really about to nurture the next generation of potential AIHA members. 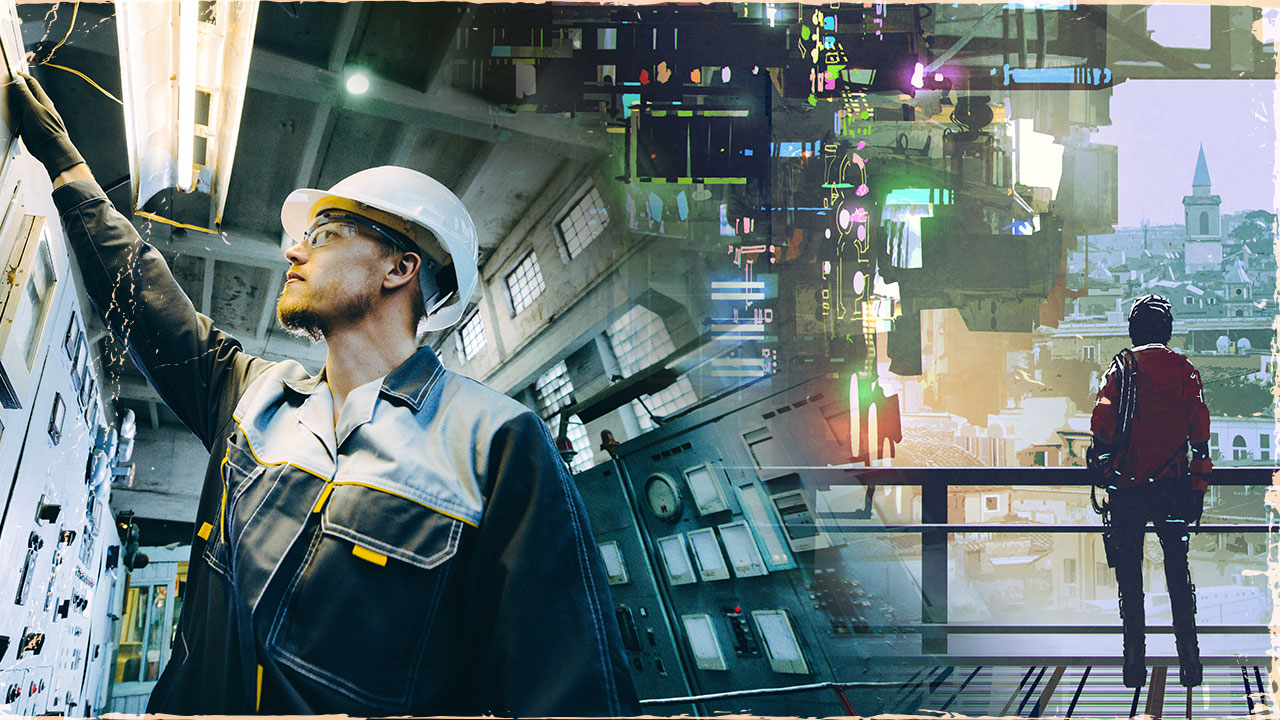 What does an industrial hygienist do, anyway?

Put simply, industrial hygiene is the science and art of protecting the health and safety of people at work and in their communities. Unfortunately, when put simply, such a definition doesn’t necessarily convey what it’s like to actually be one — particularly as industrial hygienists can operate in just about any industry, with vastly different experiences.

“Our members are fond of saying, ‘We save lives every day. You just don’t see it happen,’” says Rome.

.@bhrome and @AIHA launched #IHHeroes to create greater awareness of the wide variety of careers in industrial hygiene. Click To Tweet#IHHeroes grew out of a project intended to target existing members with content that reflected the various stages of an industrial hygienist’s career. “Our board of directors wanted a better way to segment our products so that we could market better to members with educational resources and other online capabilities. So, a certified industrial hygienist with 25 years of experience would benefit from this course, while that book would benefit somebody who is less than five years on the job.”

Drawing on his experience working on (and playing) role-playing games (RPGs), Rome realized he could use RPG character archetypes to turn the various personas, segments, and pathways into relatable characters. “An archetype is basically a pre-made character for players who come to the game and either don’t know the rules or don’t want to bother with all of the character creation. They can jump right into the game and play the archetype of one of the basic classes — a fighter, sorcerer, diplomat, rogue, that kind of stuff — with a base set of skills, a brief outline of what the character’s history might be, and anything else that’s necessary to play the game.”

Each of the AIHA member personas would be illustrated by a representative character, with a bio sheet listing the relevant skills and information. “We wanted members to be able to identify very quickly with the different archetypes and go, ‘Oh, I’m a Melinda, therefore I need these products.’”

When the art pieces began to arrive from the illustrator, Rome and his director realized this content could also help to address the problem of dwindling memberships.

The #IHHeroes animations use a single graphic image, revealing different elements of the picture as the “camera” moves, along with a handful of narrative captions to capture a short moment in the archetypal industrial hygienist’s daily work.

These are accompanied by the archetype fact sheets, including skills, training, character traits, and a short fictional bio.

Some of these have been expanded into complete comic books.

Rome and his marketing director were aware that some AIHA members performed career outreach in elementary and high schools and at job fairs. Digging around, they found that the only AIHA content asset available for these members to use was a nightmarish 96-slide deck. Extremely text heavy and written at a senior high or undergrad reading level, it appeared as if the only attempt to make the content appealing to a younger audience had been to slap a rather ugly looking cartoon hamster onto some of the slides.

“When we saw it, we were mortified,” says Rome. “This is what our members were pulling off the site to go into schools to share? No, this has to change right now.”

They decided the existing pathways project with its relatable archetypes and artwork would be far more appealing, informative, and inspiring than any number of cartoon hamsters. This led to conversations about how to further develop the assets with animated shorts and comic books to create an entirely new careers outreach program.

“We’re not risk averse, unlike a lot of associations. Every year we have an R&D fund that we use for special projects. So, we built a three-year bid for a special project for career outreach,” Rome says.

This long-term, three-phase approach meant everything was built with an eye on its future potential as well as the needs of the current phase. If phase two would include a membership drive, the team needed to keep this in mind while executing phase one. Each new phase and goal would repurpose as much as possible from whatever had gone before. 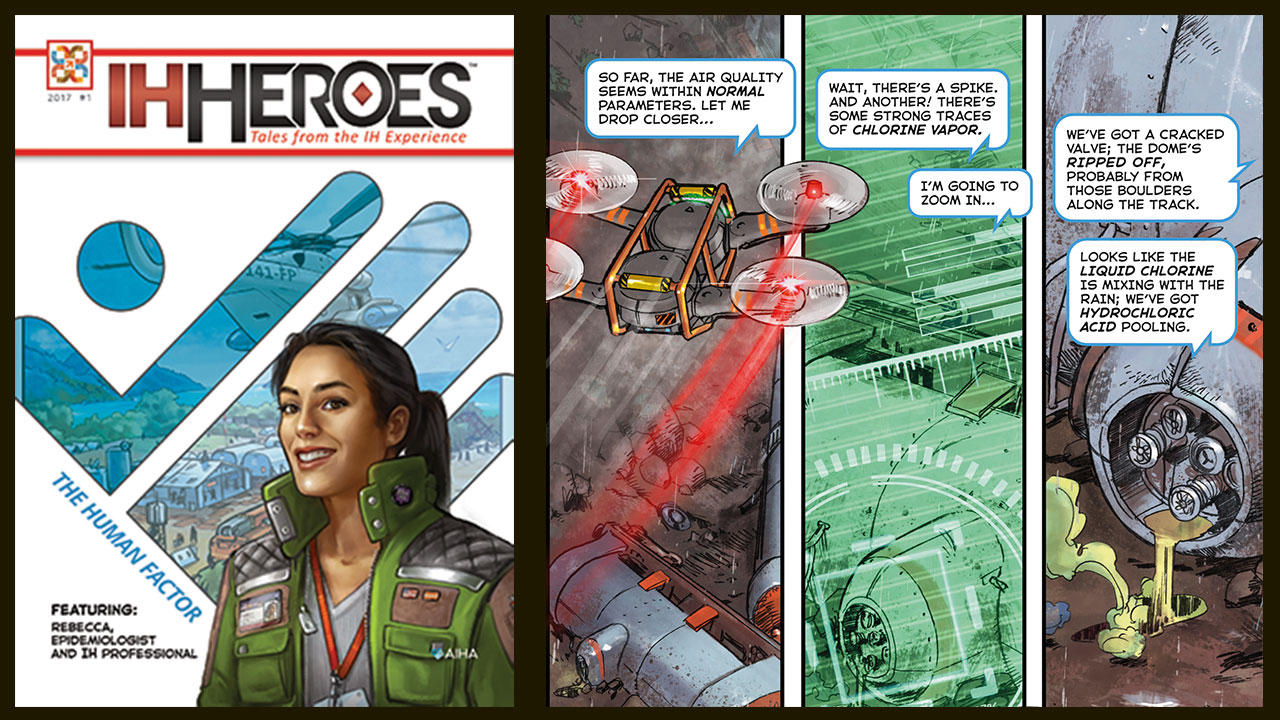 To date, there have been two #IHHeroes comic books with more on the way (published as PDFs online, with bundles of print copies available to members for outreach), an introductory book featuring all eight heroes, as well as animations and documentary-style short videos featuring members “on the job.”

“We had members who were like, ‘I’ve been trying to explain my job to my family for years and in two minutes and 20 seconds you showed them exactly what I do. They totally get what I do now.’” says Rome. “We’re underwriting two more episodes that’ll come out over the next year and all of the stories are different.”

Initially, the AIHA wanted to use photography of members who fit each category. Rome felt this would make each one more of a case study instead of a relatable archetype and argued for the project to be entirely art driven. “I wanted them to exist more in the realm of imagination,” he says.

The use of fictional archetypes and illustration also made it easier to craft a simple narrative without becoming too literal. “With a photo, logic-minded STEM people get so fixated on the details, they lose the context that the picture is there for. But a more abstract art form, like animation or illustration, allows their minds to relax.”

The use of artwork also allowed Rome to avoid what he calls the “today tech trap.” As the content intended to inspire the industrial hygienists of tomorrow, Rome and his team needed to think as futurists. What would each of these industrial hygienist careers look like a decade from now?

The technologies, techniques, and concepts of industrial hygiene as practiced today will have evolved by the time the next generation joins the field. So, Rome worked with artists to place the various character archetypes in a plausible near future of drones, AI, and nanotechnology. 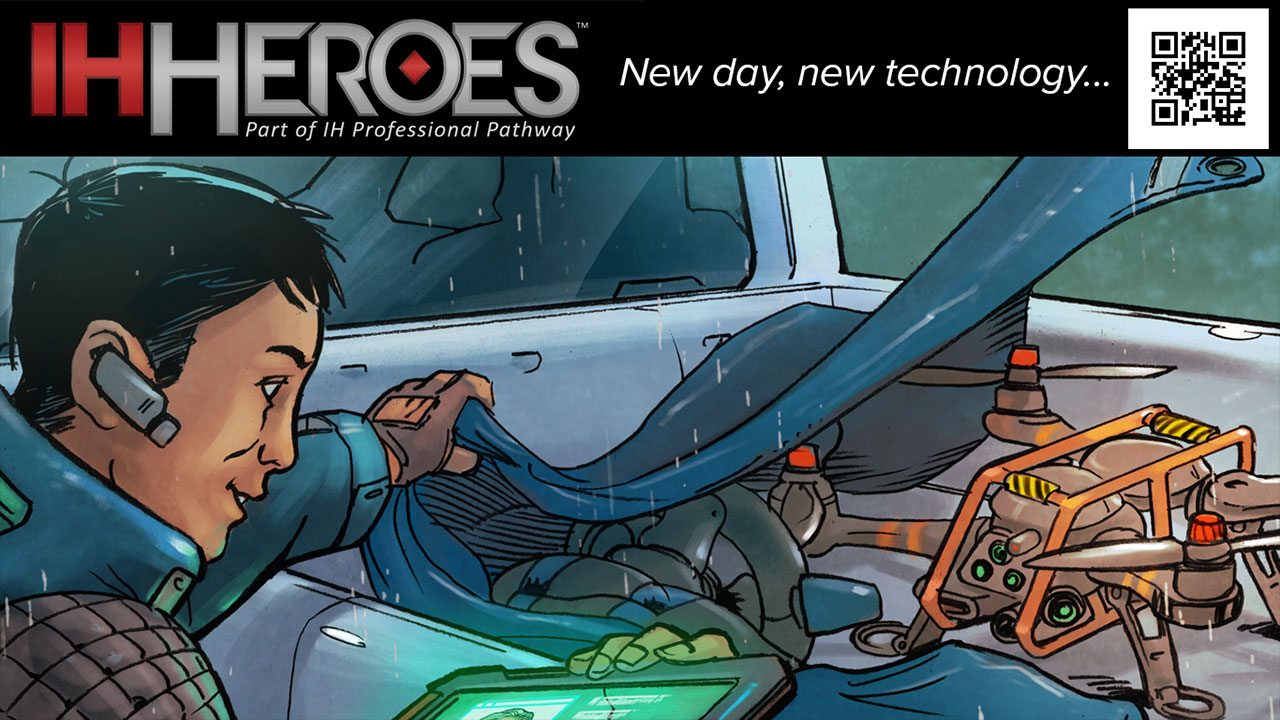 By targeting the next generation of potential members, the ultimate effectiveness of the strategy may not be clear for years, possibly even a decade or more. That requires a more flexible approach to KPIs and definitions of success in the shorter term.

“The immediate KPIs are just to see if it’s even being received, or watched, or paid attention to, just as you do for any campaign or project,” says Rome. “But we know we can’t just let it ride like this.”

He says the content should ideally deliver some tangible business value now as well as far in the future — such as helping to gather valuable data on members and non-members. “You can continue making new comics and videos but, at some point, you’re going to plateau. So, what we’ve begun doing is looking for different ways to take the assets we have and maximize them in different avenues.”

One of these avenues was the creation of self-assessment tests drawing on the same archetypes and designed to be shared in social media. There are currently two assessments: one for members and the other for non-members.

While the initial goal of these fun little assessments is to capture more information on members, Rome is exploring if the non-member version may be an opportunity to measure if the broader #IHHeroes program is having an effect by comparing results over time. Will the recognition and understanding of industrial hygiene among high school students, for example, change year over year after exposure to the program?

To that end, the AIHA has begun working with a former video game developer with a passion for educational games. The plan is to perform extensive testing in area public schools for a year. “We will be able to begin studying that generational effect; from the control group of kids coming in with no idea versus after they play the game, over a block of time,” Rome says.

With a long-term program like this, the team that sets it up will most likely not be the same team responsible for keeping it running years from now. Changing teams — particularly changing managers — might have alternative priorities or prefer to allocate the budget in different ways. However, Rome is confident #IHHeroes will continue no matter who is responsible for it.

“This is not a project that will just stop. We have an entire profession at stake,” he says. “Even if our team and the association’s leadership changes, we’ve got enough momentum behind it with the membership and the board. They understand how crucial this is that it’s going to continue even if we’re all out.

“For me, especially, it’s an enormous long play. Guaranteed, I’m not going to be around to see the fruits of it. I may or may not be in this position. I stick with it not only because I believe in what AIHA is doing, but also because it’s the ultimate creative challenge.” 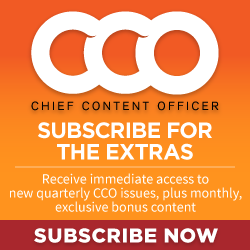