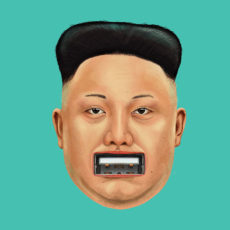 To counteract Kim Jong Un’s propaganda machine, for years North Korean defectors have organized efforts to smuggle information into the country. Since most North Koreans are denied access to the internet, USB flash drives continue to be an essential method of sharing information and play an important role in these acts of resistance.

To help with the cost, Flash Drives for Freedom encourages people around the world to donate USB drives to the cause. Donated drives are loaded with western and South Korean e-books, movies, TV shows, and an offline copy of the Korean version of Wikipedia. After entering North Korea, they’re distributed via the country’s black market.

So far, approximately 125,000 USBs have been donated and pledged. Flash Drives for Freedom estimates it has smuggled 2.1 million hours of footage and disseminated 50 million hours of reading material into the country by the end of 2018, reaching 1.3 million North Koreans. The Flash Drives for Freedom project is a collaboration between the Human Rights Foundation, Forum 280, and USB Memory Direct.

Squarespace Searches for the Next Great Podcast

Do you listen to podcasts? If you do, you’ve probably heard a Squarespace ad … or two … or three. No longer satisfied with advertising alone, website builder Squarespace partnered with the audio producers at Gimlet Creative to launch Casting Call, a six-episode reality audio series that documents the search for the next great podcast. After putting out an open casting call for aspiring podcast hosts, Squarespace judges narrowed the field to three finalists, each of whom produced a pilot episode that was aired on Casting Call. Listeners voted for their favorite, choosing between a podcast about learning to face life from people who are facing death; an exploration of multilevel marketing companies; and the stories of people of color in relation to money, wealth, and economics. The prize? A mini-series produced by Gimlet. 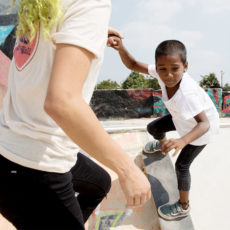 In most countries, there can be a big gender gap when it comes to skateboarding — boys are much more likely to take up the sport. Vans, a company known for making skateboarding shoes and sponsoring sports teams, is looking to close that gap by teaching girls to skate. The company plans to host more than 100 skateboarding clinics in major cities including Bangalore, Chicago, Shanghai, and Mexico City. Vans is creating storytelling content to go along with the initiative, such as the moving Girls Skate India video about the impact learning to skateboard has had on the confidence of girls in India. The narrative features Vans-sponsored athletes Lizzie Armanto and Atita Verghese. Girls Skate India is part of This is Off the Wall, a series of diverse stories about empowerment. 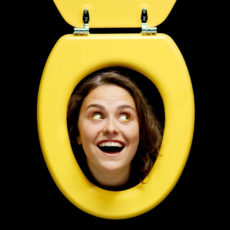 In an effort to combat the French capital’s public urination problem, the City of Paris mayor’s office released a humorous four-minute music video called Pas Pipi Dans Paris (No Pee in Paris). The video coincides with the installation of “uritroittoirs” — urinals somewhat disguised as flower planters — around the city. Not for the easily grossed out, the Pas Pipi Dans Paris video features people singing with their faces framed in bright yellow toilet seats, oversized toilet brushes used as microphones, and quite a lot of splashing. Featuring comedian and YouTuber Swann Périssé, the video reached nearly 500,000 views less than a month after it was posted on Paris’ Facebook page and nearly 400,000 more views on YouTube.

Based on social media reactions, Pas Pipi Dans Paris appears to have been met largely with disdain. But while Parisians may think the video is gross and ridiculous, it has received thousands of comments and shares, which seems to indicate that the video is at least working to raise awareness. Whether or not Pas Pipi Dans Paris actually helps to reduce public urination, though, remains to be seen. 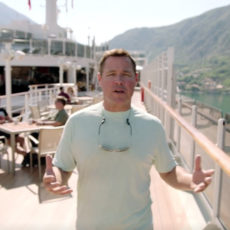 Hoping to stir the wanderlust of would-be cruise-takers, Carnival Corporation launched the OceanView app with branded video content that introduces viewers to places and cultures around the world. The app features more than 150 episodes of popular ocean travel TV shows, including two new direct-to-digital original series. There’s also short-form content from Carnival’s suite of cruise lines to showcase what it’s like to take a cruise, from highlighting ship attractions to providing behind-the-scenes looks at designing, constructing, and christening a new cruise ship.

THE SWEET SPOT
THE CONTENT TILT
Building the Base
Harvesting Audience
Diversification
Monetization
This site uses cookies to provide you with the best user experience possible. By using Content Marketing Institute, you accept our use of cookies.
Manage consent